They say that music brings people together; that it has the power to cross borders, overcome differences, and build relationships. If there is one music genre that is successful in achieving all three, it would definitely be rock and roll. Just one close look into history and you can easily find evidence on how rock and roll have shaped American culture.

But like any other weapon in the world, rock and roll also had its consequences. While it sought to bring change in some of America’s societal problems then, it also incited a few issues that will later on come to plague the American youth. Nevertheless, its influence and power molded America we know today, making it an inseparable part of its history.

How Rock and Roll Changed American Culture
The foundations of the rock and roll music genre originated from the United States, dating back to the late 1940s to early 1950s – roughly a few years after World War II. Perhaps the traumatic effects of war had everything to do with the rapid spread of rock and roll but no matter what the cause may be, its effects were apparent in the everyday American life.

Influence On Media And Pop Culture
Rock and roll promoted self-expression and individuality more than anything. During the warring years, society was conservative and hyper-focused on survival.

But thanks to rock and roll, the people were encouraged to embrace originality and freedom. These values were clearly seen in the type of television shows they watched, the type of clothes they started to wear, and even their style of dancing.

Not to mention, some of the most notable musical icons started their careers in the age of rock and roll. Without the birth of this genre, we would never have heard of the likes of Elvis Presley, Chuck Berry, or Jerry Lee Lewis. 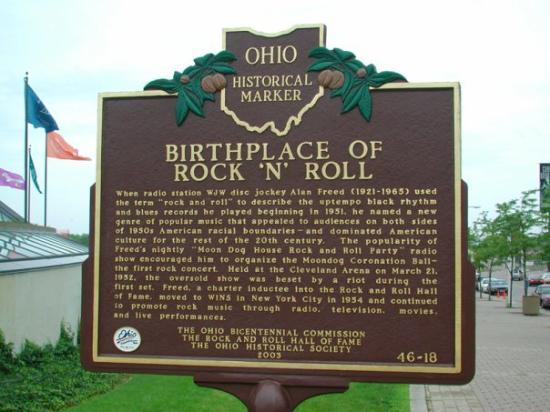 Newfound Freedom
The newfound freedom that was brought about by rock and roll culture had mainly positive effects on society. But that does not discount the negative issues that arose with that freedom. As they say, too much freedom is never a great thing.

As anyone would expect, it became harder to tame the youth. While certainly not all of them went down the wild path, their behaviors were a stark difference from the values and goals of the youth in wartime America.

This newfound freedom allowed the youth to openly explore and discuss topics that were once considered taboo by society. While this was seen as fresh and revolutionary by some, older generations looked down upon such behavior, calling it an act of disobedience and a display of delinquency. Both parties were not wrong but even so, rock and roll did play a part in creating an even wider generation gap during those years.

Overcoming Racial Prejudice
One of the more positive changes rock and roll brought to American society is integration. Although rock and roll were predominantly white in its earlier years, it welcomed people of different races soon enough.

Also, many people would also say that rock and roll has blues and jazz roots – genres that were so popular in the Black American community. The similarities between those genres to rock and roll may have been the catalyst towards integration.

Finally, both parties found some similarities with each other. Having something share and enjoy with one another was a big step towards overcoming racial barriers.